Having resources is great! but does those resources make any sense if they don’t deliver optimum results? Efficient management of resources should be done to gain desired results. Similar logic can be applied to computers and mobile devices, they are loaded with application software’s and hardware to handle GB’s of information/data. These applications and hardware are managed by a program which is termed as “operating system”. OS works as an interface between computer hardware and the end-user, it is a communicator which helps the user to communicate with the computer.

Whenever people are asked about the operating system, the most common answer is Windows. If the person is not in love with his/her kidney iOS can be one more answer. But if you come across a tech-nerd, Linux and another open-source operating system would come up as an answer, which may sound like an alien language for a common person or some blabbering.

From the past 2 decades, there has always been a discussion in the tech world that “Which is the better OS?” and in this discussion Windows vs Ubuntu is always a hot topic.

“Operating systems are like underwear- nobody really wants to look at them” – Bill Joy.

“We can never make a 32-bit operating system” – Bill Gates.

What is an operating system and how this term came into existence?

Operating systems development was done to manage tape storage and its inception can be traced back in the 1950s. Implementation of OS was done General Motors Research Lab in the early 1950s for their IBM 701. It was in the mid-1960s, that operating systems came on disks; also the first-ever version of Unix OS was developed. Microsoft, the tech giant now had built its fist OS named DOS 1981 and it was initially purchased from a Seattle company, the software purchased was 86-DOS software. Windows OS which is very popular in the 21st century first came into existence in 1985 which had a GUI which was created for a better experience and paired with MS-DOS.

How does OS work?

Applications in the computer make a request to the OS with the use of APIs and the users who are running the application can interact with the OS through a graphical user interface (example: Windows, iOS, Android) or a command line (example: Linux). This interaction was done using keyboard and mouse in the early days but now devices can be operated via touch so it is an addition to the interaction method.

The primary purpose of developing an OS is that the OS should meet some specific needs of the devices it runs on and its features are developed to serve the same purpose.

Example: Windows desktop OS performs well on large monitors; it will be confined on a mobile phone.

Operating Systems are not only limited to computers and personal devices, they are everywhere viz. Cars, aeroplanes, cameras, digital TVs, ATMs, traffic lights, elevators, GPS navigation systems use Embedded OS. Network operating system support devices are connected to a local area network and if the task has any time constraints RTOS are used.

Mobile OS is used in smartphones, tablets, smartwatches and other wearable devices. Android and iOS are very famous mobile OS, BlackBerry, Web and watchOS are some other mobile OS.

To speed the lengthy and time-consuming process on computers batch OS is used, here jobs are batched together which had a similar type of needs. These grouped jobs are run as a group. There is no direct interaction of the user with the computer in a type of OS, an offline device like a punch card is used where the user prepares their job and this card is then submitted to the computer operator.

Distributed systems use a lot of processors located in different machines to provide their users with very fast computation.

A server is required for network operating system. It provides the capability to manage data, user, groups, security, application, and other networking functions.

Functions of an Operating System

Windows operating system was created by Microsoft in 1985. There have been many versions of Windows catering the changing requirement of users. The company has always come up with better user interface and performance with every version, the latest version which was released in 2015 is Windows 10 and was launched to target personal computing. Preceding versions are – Windows 8 (released in 2012), Windows 7 (released in 2009), and Windows Vista (released in 2007). Windows is the most popular OS in the world, most of the new PCs come pre-loaded with it.

Some of the highlights of Windows 10 are:

Some key features of Ubuntu are given below:

Windows and Ubuntu, both are fantastic operating systems having their unique pros and cons. It is up to the user and the requirements which are to be catered, one can choose among the options available. Windows is the most popular OS and comes pre-loaded with new PCs and laptops available in the market, it has always been the default operating system of choice, but as discussed above there are ample of reasons one could try Ubuntu.

Generally, programmers and developer prefer Ubuntu because it’s very secure, fast for programming and robust. While normal users who mostly use MS office, play games and use Photoshop prefer Windows OS. Overall we can say both the operating systems are well built catering the customer needs in their own ways.

Reading this article on Windows Vs Ubuntu? Write your thoughts in the comment section below 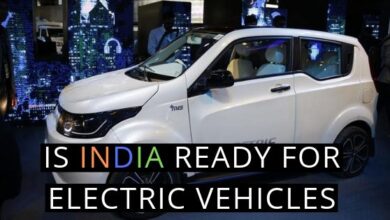