IS INDIA SAFE FOR WOMEN

India, officially the ‘Republic of India’ and with love – ‘Bharat’, has been the second-most populous country and the most populous democracy in the world. India, being a secular country, is a land of many religions and cultures. And, if you delve into each of these religions you will find many commonalities among the differences, one of them being respect for women.

Women in India are treated like goddesses. They are treated with reverence and admiration. There are even specific festivals wherein these goddesses are prayed to. Then how did we reach an era of rapes, assaults, acid attacks, human trafficking, child marriage, dowry deaths, and many other kinds of violence targeted at women?

India breeds on Patriarchy and even in this so-called educated era, patriarchy persists. If you look at statistics, most attacks against women take place at home. Most women are attacked or raped by the men they know.  Yet, it’s of little surprise that most of these cases are suppressed within households.

But again there is clear evidence of under-reporting. The recent nationally representative household survey shows less than 0.1% of women who were victims of sexual violence went to the police (partly because 87% of the crimes were perpetrated by their current or former partners).

So are crimes against women on the increase or is it because of a rise in reporting? Globally, many affluent countries have higher self-reported rates of sexual violence than India.

In India, too, evidence from a recent study indicates that strategies to improve reporting are probably working. Until India becomes a full-reporting country, rising rates of crime against women might be indicative of better reporting.

In an era where we need to work for the better of the third gender- transgender, we are still here, trying to make our country a safe place for women!

Is India Safe for Women- No

“An incident is just the tip of the iceberg, a sign of much larger problem below the surface”- Don Brown.

And the 2012 Nirbhaya – Delhi gang-rape case was the tip of the iceberg for Indian women safety. It is time to delve deeper and consider the whole iceberg.

Read more: The menace of Eve-Teasing

Is India safe for Women- Yes

Is India safe for female tourists?

India has come a long way from patriarchy to Feminism. It still has a long way to go and achieve gender equality in the true sense and in ensuring women safety. But this long journey is not possible without you all. Five fingers together make a fist and a fist is always stronger than a single finger.

So let us start asking ‘Am I making India safe for women?’

Tips for such GD topics

Reading this article on Is India safe for Women? Write your thoughts in the comment section below 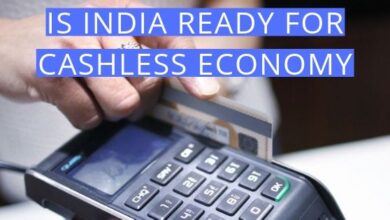