FALL OF KODAK – THE KODAK FAILURE

A generation ago, a “Kodak moment” meant something that was worth saving and savouring. Today, the term, “Kodak” is used as an apparition to warn the executives to stand up and fight, when competition hits its way in the market. But while making such admonitions, somewhere, one forgets the struggles that the company Kodak has faced and what was the reason for its fall.

Founded by George Eastman and Henry A. Strong, Kodak became a giant in the photography industry, in just a few decades. For most of the 20th century, Kodak was at the forefront of photography with dozens of innovations and inventions, making this art accessible to consumers. But later, in the 1980s, Kodak faced its actual financial struggle, which completely devastated it.

With the growing digital camera trend, the popularity of the old Kodak cameras began to lose. The company underestimated just how big the digital would get, and it was apparently its biggest mistake. Although, it didn’t completely ignore digital photography, but didn’t pay full attention to it, and, because of various other reasons as well, the company began to fall, and was filed for bankruptcy in 2012.

Kodak came out of the bankruptcy and still exists today, but now they deal with other technologies, even block-chain. Their revenues are much smaller and they still struggled. But as a company man says, “Maybe we can just watch them as a giant who revolutionized the photography industry and led it for 100 years”.

“We can build a wall of happy Kodak moments around ourselves, a wall of our Christmases, birthdays, baby showers and weddings, but we can never forget that celluloid film is see-through, that behind it, all the misery of real life waits for our wall to collapse someday.”  –  Rebecca McNutt

“Thanks for the moments Kodak, you made us all photographers” –  Martha Cooper

“Kodak was the first company to create the digital camera, but back then most of its profits came from selling chemicals (used for developing film), and they were afraid to invest because they thought it would eat into the traditional business,” –  Olivier Laurent

“You press the button, we do the rest”, was the phrase used by George Eastman, while introducing the first Kodak camera. The name of the Company was Eastman Kodak, but later it only came to be known as only Kodak, by the consumers. As it is clear from the phrase, Kodak cameras just had to be pressed once, and the picture was taken. It was the most user-friendly camera of that time and one of the most important reasons for it to be so widely used. For almost a century, Kodak remained the ‘camera of the people’ and was the leading brand in photography and photographic films.

But, times changed, technologies evolved, the digital cameras were introduced and started gaining popularity soon after. Although the first digital camera was created by the Kodak company in 1975, by an engineer named Steve Sasson, it barely proved to be useful for the company. It still focused on the film, rather on digital technology. Completely underestimating how big the digital could get, it dragged itself into a big financial struggle.

Sasson himself told The New York Times that management’s response to his digital camera was “that’s cute – but don’t tell anyone about it.” Although it didn’t completely ignore the digital part and invested a lot more in developing digital cameras. But, ‘doing something’ and ‘doing something right’, are two different things.  Kodak mismanaged its investment in digital cameras, overshooting the market by trying to match the performance of traditional film rather than embrace the simplicity of digital.

And, not remaining limited to this, the real disruption occurred when cameras merged with phones, and people shifted from printing pictures to posting them on social media and mobile phone apps. And Kodak totally missed that.

Kodak did make a lot of attempts to get into the digital world. In 2001, it created a photo sharing site called ‘Ofoto’, which was so close to Facebook. But it used that site to get more people to print digital images. Eventually, it sold the site to Shutterfly, as part of its bankruptcy plan for less than $25 million in April 2012.

Against the fall of Kodak

For the fall of Kodak

From the above discussion, it can be said that one of the reasons for the fall of Kodak was myopia. Kodak was so blinded by its success that it completely missed the rise of digital technologies. But that doesn’t square with reality.

The camera was as big, like a toaster, took 20 seconds to take an image, had low quality, but clearly had the best film quality. Had it focussed more on technology, it would be a complete package then, containing both, a good film and good technology.

We have to adapt to the changing times, be flexible so that we could compete in the outside world. Maybe that was what was lacking in Kodak.

Reading this article on Kodak Failure? Write your thoughts in the comment section below

Why Kodak Failed? by Forbes

The Menace of Eve-Teasing 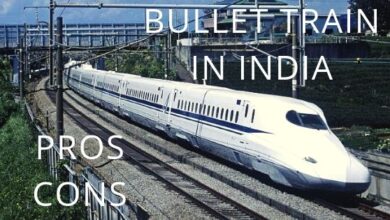