Just imagine you are starving and thought of ordering some food for yourself, but soon realize that you do not have access to limited from where you want to order food?

How does it sound?

How will you feel if forced by ISP (Internet Service Provider) to only see what they want you to watch? Feeling of being in North Korea?

I know it is like those nightmares and never want them to come true. Of course, no one would like to be forced to do something that they don’t want to do. So before we come to a conclusion for or against and decide that the dream will come true or not, let us first understand what is this net neutrality in detail.

What is Net Neutrality?

It means all the content present on the internet today must be treated fairly by your ISP (Internet Service Provider) without bifurcation.

The ISP cannot slow down the speed of the internet for high-bandwidth services, like YouTube, Netflix and nor can they create express lanes for the large companies who are ready to pay them for doing so.

If any violations of the rules come into effect, then the ISP will be met with strict punishments. The net neutrality law is considered to be a base for a free and open internet that gives equal access to all.

“We are creating a world where anyone, anywhere may express his or her beliefs, no matter how singular, without fear of being coerced into silence or conformity. Your legal concepts of property, expression, identity, movement, and context do not apply to us. They are all based on matter, and there is no matter here.”

In India, the debate on network neutrality reaped public attention after Airtel, a Mobile phone service provider, announced in December 2014 that people will have to pay additional charges for making voice calls from its network using apps like WhatsApp, Skype among others.

The need for this occurred because of the fact that the telecommunication companies don’t like how the app is utilizing their network for free.

Because they invest billions to receive access to spectrum and construct the network. The companies also complain that the voice calling feature present on messaging apps are reducing their business.

When Facebook launched its zero-rating offer in India back in early 2015. Trying to hide his agenda by showing users that it is a nonprofit effort under the domain ‘Internet.org’, zero-rating Facebook was part of Zuckerberg’s Masterplan to get millions of new users online.

The idea behind this was simple, if you aren’t able to pay for Internet access, you’ll rely only on Facebook’s free services and you’ll end up believing that Facebook is the Internet. Fortunately, India’s national telecoms governor prohibited the practice in 2016.

The consultation paper was criticised for being one-sided and having confusing statements. It received an objection from various politicians and Indian Internet users. On the last date of submission of comment (24 April 2015), TRAI received over a million emails.

The government has called in for comments and opinions regarding net neutrality as of 14 August and offered people one day to post their views on the mygov forum. After this, the final decision regarding the debate was to be made.

TRAI ordered the banning of “zero ratings” of data services. Thus the Telecom Regulatory Authority of India (TRAI) has settled the net neutrality debate in support of the principle of equality.

With this, India has joined a selected few countries that have protected net neutrality and banned zero-rating services.

Example: We all have a DTH connection at our home, and we only pay for the channels we wish to watch. If we want to watch some new channel we need to pay an additional amount for it.

Since beginning in the early 1990s, the internet has started with a mindset of openness. The growth of the Internet was at an exceptional rate because of the liberty that was given to all users. Web sites such as Google, Facebook, Flipkart, Torrent and many others have reached to where they are because of net neutrality.

Every small company and startup express a desire to reach to the top one day. If net neutrality gets prohibited then the ISPs will decide what we will perform on the internet. As a user, we can enjoy full liberty of doing whatever we desire on the internet.

I am in support of Net neutrality.

What is Group Discussion? GD Importance 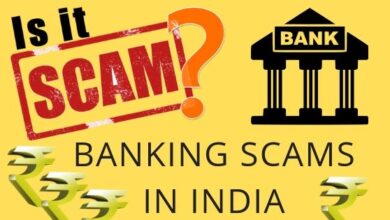