What will happen if US Dollar becomes equal to Indian Rupee?

USD is considered one of the highest valued currencies. Most of the international trades and exchanges are valued using this currency. The dollar’s value has always been higher than other currencies. This is why many countries believe its currency value should be equal to 1 US dollar and they think it will strengthen the economy.

Let us consider if the value of 1 Indian rupee becomes equal to 1 US dollar again as it was in 1947. What will be the effect of it? Will it be beneficial for the economy of India? And why exactly is the value of the Indian rupee devalued?

“With liberalization, Indian industry gained international exposure because of which it became imperative for companies to rework their strategies to become globally competitive.” – Baba Kalyani

Today the value of 1 US dollar is in the range of 72 – 75 Indian rupees. But it was 1 USD = 1 INR in 1947. Since the independence value of INR is continuously decreasing due to many reasons. Let us discuss some of the reasons:

Seeing all these reasons it seems impossible that the value of 1 INR will be equal to 1 USD. But let us assume if this happens then what will be the positive and negative aspects.

Pros of the situation:

Cons of the situation:

India is still a developing nation and as a developing nation ‘Foreign Investment’ in the country is very important. Most of the foreign investors invest in our nation because the value of the Indian Rupee is less so they can afford cheap labour. India needs to export goods so that more money will come to the nation. Presently the situation of 1 INR equal to 1 USD, is not beneficial for the Indian economy.

Reading this article on What will happen if 1 USD = 1 INR? Write your thoughts in the comment section below

Why are Farmers protesting in India? 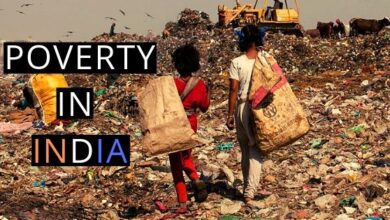 Importance of Netiquette in Digital Age