“Boycott Chinese goods” a rising clamour in India is a situation raised after the border clash which left 20 Indian soldiers martyred. There is a tension on the border where the air support is deployed with artilleries, amid Ladakh standoff.

This wave of Boycott is seeming to be a powerful move at first considering the patriotic sentiment of the Indian economy. But when we have a look at the numbers pertaining to trade (import-export), trade deficits and investments. This clamour is nothing but just an unrealistic and unreasonable aggressor where we can pinch China but end up cutting down ourselves. Social media is being used as an aggregator in this clamour, hashtags like #BoycottChina and #BoycottChineseProducts are trending.

💡Clamour – a loud and confused noise, especially that of people shouting

But a boycott that’ll probably hurt the economy of a country really have a base to it? Is it a reasonable stance and so we have a real hope of success?

“If you have ingested antibiotics or vitamins, China is in your blood, literally.”   – Priya Ramani

“It’s becoming a nationalist issue post the ‘Vocal for Local’ call given by the Indian Prime Minister earlier this month. Any Chinese company looking to set up operations will see a delay in decision making.”   –  CEO of a leading auto company

It is not the first time that such boycott movement has heated up. There have been similar attempts of a consumer boycott in the past, which didn’t gain much success many times and history testifies the same. In the early 1930s, China itself had tried to boycott Japanese products, it was done to raise a protest against Japanese colonisation. Similarly, French goods were boycotted by US consumer forums in 2003 to protest against France. France had declined US request to send troops to Iraq post 9/11.

Israeli and American products are boycotted by Arab nations many times with regard to their stand on Palestine. Most of these boycotts were failed and a very simple reason for this is: “economics disobey all shackles perpetuated by emotions and isolationism.” Moreover, living in a world where we say globalization has caused disruption in each and every existing sector and economies are interlinked intricately, where supply chains, resources and expertise of countries being used in integration with each other to gain a competitive advantage for companies. Any product or service that has spread its roots globally or has a global market has some of the other component or element in their offering which is imported/outsourced to a country who possess expertise in manufacturing/supporting that particular component/service element.

China has always been in the news for manufacturing and exporting low-quality goods, human rights issues, conflicts related to territory expansion and the latest is, where China is declared guilty of developing and spreading the novel coronavirus. The world has witnessed unethical behaviour of China when It comes to trade and dumping their low-quality products in a country at cheaper rates which affect the domestic business of any country. Thus, the unethical business practices and other series of annoying activities which are bothering other nations and companies. Boycott China products campaigns are raised worldwide. Countries like India, Philippines, and Vietnam called for a boycott of Chinese goods, as have separatist movements in China itself. It is not easy to achieve this “full boycott of Chinese products”, as the country is expert in large scale manufacturing with the supply chain allowing the nation to produce goods at cheaper rates. Goods manufactured in China are widely sold, used and consumed across the world.

Indian pharma companies are largely dependent on China for chemicals, electronics & telecom devices used in India are majorly imported from China where the top sellers of mobile phones are companies like Xiaomi, Vivo, Real Me and Oppo, machinery and IT infrastructure needs of India are met by China, 30% of India’s automobile components needs are met by China and near about 90% of the country’s toy market is dominated by Chinese products. Capital goods are imported from China which sums up to become a finished product in Indian manufacturing units, these goods are then sold in domestic as well as international market via exports.

China possesses expertise in large scale manufacturing and we cannot deny the fact that their products play a vital role to build competitive pricing for products a company offer in the market. It can be witnessed in – Apple which is considered to be the epitome of premium-ness assemble their phones in China, why? Cheap labour and cost-saving is the answer.

Is “Boycott Chinese products”, an unrealistic aggressor? You decide for yourself

How can India boycott Chinese products?

How should be tackling this situation? What can be done?

China wants to acquire new markets for its manufactured goods. India is a hot market for China no doubt where its electronic goods, especially smartphones, has acquired a large market base. But we are not the only option for China, it can also set its eyes on other Asian countries and even Africa.

As we know China is also trying to create a market base for its goods in Europe. If we assume that China is solely dependent on India to sell their goods, then let me inform you that the assumption is not backed by any evidence. Moreover, WTO (World Trade Organization) doesn’t allow such sudden boycott, as they are responsible for the smooth trade flow between countries.

The steps mentioned above can take us closer to self-reliance if a collective effort is put up.

Though it is true that the boycott won’t cause much harm to China and India is largely dependent on China for their import needs. But if India takes their self-reliance and Atmanirbhar Bharat initiative seriously, China will get a hit in the long run. Boycott campaign which is building up worldwide with China found guilty in spreading COVID-19 has built a case against China, where China wants to safeguard its image as an emerging global power and is trying hard to portray itself as a responsible economy.

A negative propaganda building against China and the escalation in India-China border conflict will harm China’s bid to portray itself as a progressive nation, rather China is being seen as an authoritarian dictator worldwide. Hyper-nationalism and jingoism won’t help India and it is not the solution to the problems India is facing now. Sincere efforts should be undertaken to resolve regional disputes through diplomatic consultation and dialogue.

What is up next?… Will Russia intervention work? Let’s wait and watch…..

Reading this article on Boycott of Chinese Products? Write your thoughts in the comment section below 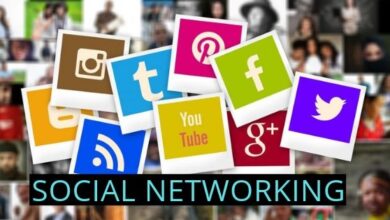 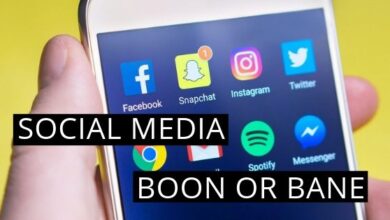