On 10th December 2020, Prime Minister Narendra Modi laid the foundation for new parliament building after the supreme court gave nod for it. The new building will be the replacement of 93-year-old and the first parliament building of India. It is a part of the Central Vista project. Government is planning to inaugurate new building on the celebration of 75 years of independence of India in 2022.

Though the NDA government started the process of building a new parliament, it was not originally their idea. Two former Lok sabha speakers Meira Kumar and Sumitra Mahajan had drawn attention on the condition of Parliament house.

“In the Indian democracy, Parliament is the temple and constitution is sacred book.” – Ritvik Gandhi

Why the new parliament building is needed?

Facts about the New Parliament Building

Now the main question raised by many people whether it is necessary now when the country is suffering from the pandemic and when GDP is negative?

As delimitation is going to take place in 2026, more space will be needed them so before that new building should be ready for use. The existing building took 6 long years to complete the construction so by that assumption it is the right time to start the construction. But the construction is not going to start immediately as many petitions are pending against it in the supreme court. Court only permitted laying the foundation.

The study of our Parliament House reflects that the Central Hall can be repurposed as the Lok Sabha hall and, with the reconfiguration of the interior layout, accommodate up to a minimum of 800 members. Similarly, the Rajya Sabha can move to the present Lok Sabha hall. The special or joint sessions of the parliament may be organised in the Central Hall.

The new parliament building is much needed for India. As the existing building is insufficient to accommodate more MPs. For technological changes, renovation is very costly. Also, every building has a life span, the existing building will complete its 100 years soon. So it is facing many safety issues as technologies used for prevention form any hazards are now outdated. The decision should be taken after considering the current economical conditions of India. Rushing the decision will be an abandonment of the living history and heritage of this country embodied by Parliament House.

Reading this article on Does India need a new Parliament building? Write your thoughts in the comment section below

How to answer 'Why MBA'? 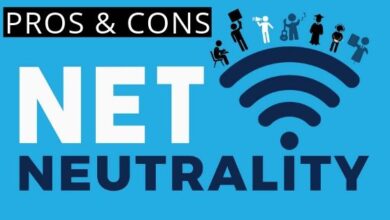 Is FDI good for Indian Economy?