The number of violent crimes in India especially those against women are increasing with each passing year. Ranging from the so-called eve-teasing and outright sexual harassment on the street or workplace to harassment for dowry, molestations, acid attacks, and the often-reported rape, these crimes against women reflects the deep-rooted problems related to the position of women in Indian society.

The brutal gang rape in New Delhi compels us to look into the situation on women in today’s society. Such heinous crimes have degraded the status of women as time passed by.

“If we are to fight discrimination and injustice against women we must start from the home for if a woman cannot be safe in her own house then she cannot be expected to feel safe anywhere.”- Aysha Taryam

“Sexual, racial, gender violence and other forms of discrimination and violence in a culture cannot be eliminated without changing culture.” – Charlotte Bunch

The history of violence against women comes from the historical view of women as property and a subservience gender. The problem of gender-based discrimination is deeply rooted in Indian society. In the nineteenth century, after looking at the situation of women in India, British rulers along with some Indian social reformers passed several revolutionary laws to abolish several detestable practices like Sati system, child marriage, etc.

Rape is one of the most common crimes in India due to which India is regarded to be the world’s most dangerous country for sexual violence against women.

The possible reason for a crime against women:

In every aspect of life, women are given less preference over males whether it is education or access to health care. They are supposed to be within their limitations and the male counterparts have freedom in this regard. This system thus gives the male a feeling that they are superior and hence dominate over women.

These prejudicial attitudes are seen right from the womb to the tomb. They start with the practice of sex-selective abortion and infanticide and continue through adolescent and adult life with child marriage, teenage pregnancy, lesser wages for women, unsafe workplaces, domestic violence, sexual assault and neglect of elderly women.

In other aspects of gender equality too, such as education or participation of women in the workforce, or representation of women in elected bodies, India falls short of international standards.

On 20 March 2020, four convicts were hanged till death in New Delhi for the brutal gang rape of a 23-year-old physiotherapy student. She died due to severe injuries suffered during the attack. It took seven years to bring justice to the victim’s family. The barbaric nature of the crime brought shame and worldwide attention to the country to what print media calls India as the rape capital of the world.

One of the major obstacles in delivering justice is the poor quality of investigations. It ranges from corruption to the general efficiency of the police and administration. In many cases, the FIR is not even lodged by the Police creating a sense of mistrust in the victims.

The portrayal of themes in cinema could be considered as a reflection of societal attitudes. In Indian cinema, ‘kissing’ was not allowed on-screen on the grounds of modesty until the mid-2000s. However, rape (dishonouring) of women has been a recurrent theme in mainstream Bollywood cinema for decades now. Rape and subsequently avenging rape often forms the central narrative of many films.

Another genre of mainstream media, the mother-in-law and daughter-in-law soaps that have been acknowledged featuring other forms of violence and discrimination within Indian households.

At a time when the country is introspecting its treatment of women, it would be useful to remind ourselves that sexual violence in popular media is an echo of pervasive prejudices in our society.

India has made significant economic growth in the past decade. The increase in female literacy rates from 54% in 2001 to 65% in 2011 and improved maternal mortality ratio from 327 in 2001 to 178 in 2012 suggest a movement towards greater gender equality in the country.

The government has taken vigilant measures including night patrols, banning of vehicles with tinted windows, supervisions on public and private vehicles to keep a check on the crime rates.

Varied consequences are seen depending upon the victim’s age, the intensity of violence and frequency of torment.

WHAT CAN BE DONE

While on one hand, it is essential to develop stringent laws to address this issue, laws are not the only solution. The effectiveness of these laws depends on women’s awareness and their ability to call upon them if needed.

Gender-based crimes, especially rapes, is a multifaceted problem. It is important to tackle various other concurrent factors that play an equally important role. For example, the portrayal of women in Indian cinema that justifies society’s attitudes towards women. These are contributing to gender-based crimes.

In a country with gender discrimination operating in so many ways, bringing about the needed change requires dedicated and combined efforts of multiple agencies. Thus breaking the cycle will require concentrated action and collaboration between governmental and non-governmental bodies, including health workers, legislators, educators, family and, mass media.

Reading this article on Crime against Women in India? Write your thoughts in the comment section below. 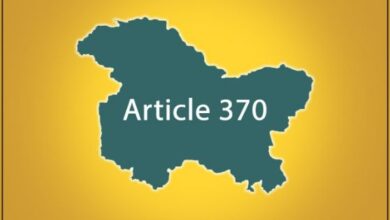 What Do Achievers Say About SBI PO Exam Preparation?