Cyberbullying is defined as using a computer or any other means of an electronic device to intimidate, threaten or humiliate another individual.

Social networking takes cyberbullying to the next level. Earlier in high schools children used to get bullied, they used to listen to spiteful comments, typical name-calling &, etc. but now people of almost any age group are getting targeted by different forms of bullying via the Internet.

Here, “Sarahah” is an Arabic word which roughly means “honesty”, also this is an app which was developed by ZainAlabdin Tawfiq an Arabic by birth. This app went viral for its unique feature which was sending an anonymous message to any person around the globe. But does this app promote cyberbullying too?

“Checking in on what our kids are doing online isn’t helicoptering, it’s parenting.” –Galit Breen

“Being a bully on the internet is a sign of insecurity and weakness.” – Rev Run

“If you’re insulting people on the internet, you must be ugly on the inside.“– Phil Lester

Considering the Google Play Store apps description, “Sarahah helps people self-develop by receiving constructive anonymous feedback”. Furthermore, this app doesn’t ask you for a phone number which caters the ability to be anonymous on the globe.

So the user is provided with a link indeed clicking on which a text box pop’s up wherein its written the very famous “Leave a constructive message”, commonly that “constructive” word is missed by most people out there. People type their desired message over there after clicking the send message button, it is pushed to the receiver’s terminal device.

This app serves as a perfect spot for cyber-bullying although this app features with having some privacy & security options. Starting from disabling the “appear in search” option or may report some abusive comments posted. The main root of this app going popular these days is that it lets its user say anything to everything without any consequences of disclosing their identity. So people often tend to release their thoughts through the message they want to send instead of saying them personally.

Delivering such a platform to openly express thoughts also invites the risk of doubling the risk of cyberbullying as the teens especially are not capable enough to handle such freedom of expression and may soar to different lengths that can be seriously harmful too. It could sometimes lead to accelerating some unpleasant circumstances which may give a major setback to the teenage group.

Aggregating, we can say that we should use the app in the correct way & promote the same too for useful purposes. Teens have been adding the Sarahah links in their bio of Instagram account for them to get anonymous feedback. This app might be catching upon with an influential user group which is good news.

Reading this article on Is Sarahah promoting CyberBullying? Write your thoughts in the comment section below 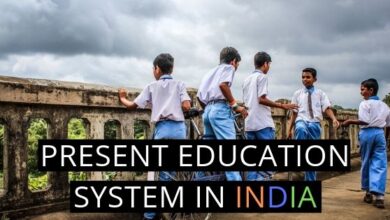 How can we Prevent the Next Pandemic?