The puzzles on square seating arrangement are easy to solve. The question has a square/rectangular arrangement where people are seating at the corners or at the middle of the sides.

They can be facing inwards towards the centre or outwards away from the centre.

The difficulty will increase if more than one variable is present in the arrangement.

Example: 8 students – P, Q, R, S, T, U, V, W are seating around a square table, some facing inward, some outward(1st variable). All like different fruits(2nd variable) – Orange, Apple, Pear, Grape, Banana, Cherry, Strawberry, Pineapple…..and so on details are given in the question.

There are 7 people P, Q, R, S, T, U and V sitting around a square table, four of them were sitting in the middle of the edges and three were sitting at the corners.

U, who is the oldest person, is sitting three places away from T and is sitting at the corner.

V, who is 1 year elder than S, is sitting opposite S.

P is 2 years elder than Q, and both of them are either sitting at the corner or at the edge. P and V are not immediate neighbours. 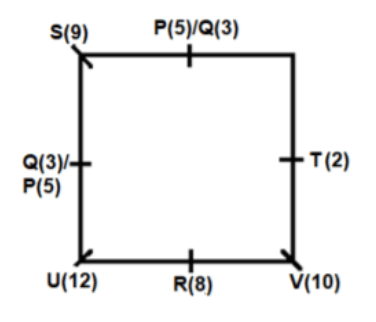 All of them likes different colours i.e. Green, Red, Orange, Violet, Blue, Black, Yellow and Pink but not necessarily in the same order.

Renu sits second to the right of Ranu who likes pink.

Sonu, who likes violet colour, faces Tina who is an immediate neighbour of Renu.

Sonu does not sit at the corner of the table. The person who likes blue sits second to the right of Renu. Boni sits opposite Renu and likes Orange.

Hint: Sonu is not sitting at any corner, this condition will help to build different cases. The information related to Renu, Ranu and Tina should be considered. 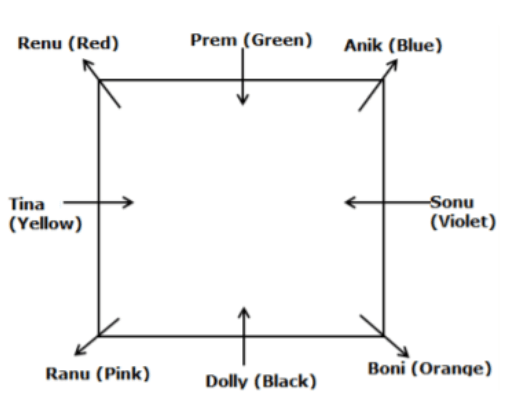 There are eight friends P, Q, R, S, T, U, V and W seating around a square table but not necessarily in the same order.

P sits third right of V. T does not face outside the centre. U is not the immediate neighbour of R.

W does not sit opposite R.

V and W are immediate neighbours of S and Q don’t sit opposite to R – these 2 conditions will further ease the puzzle. 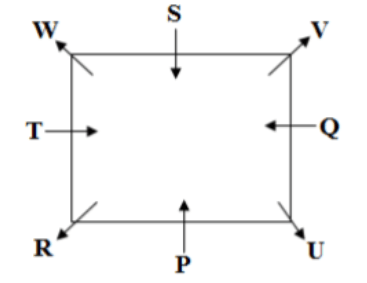