SHOULD PORNOGRAPHY BE BANNED IN INDIA

Pornography is basically the depiction of sexually explicit material, for the exclusive purpose of sexual arousal. The matter may be depicted through images, audios or even videos.

“Beauty provokes harassment, the law says, but it looks through men’s eyes when deciding what provokes it”- Naomi Wolf, The Beauty Myth

STATISTICS –What Numbers have to Say?

3) A study of 14 to 19-year-olds found that females who consumed pornographic videos were at a significantly greater likelihood of being victims of sexual harassment or sexual assault.

4)A 2015 meta-analysis of 22 studies from seven countries found that internationally the consumption of pornography was significantly associated with an increase in verbal and physical aggression, among males and females alike.

Also, recently in India, the video making and editing app TikTok was banned, because it encouraged physical desires and increased physical offences, as the reason given by the government. Jokes, clips and footage related to India’s thriving movie industry dominate the app’s platform, along with memes and videos in which youngsters; some scantily clad, lip-sync and dance to popular music. The ban was however lifted after some days.

Honestly speaking, sex education is the only way out of these problems. In a country like ours, where the teenagers, who do not know much about sex, are attracted towards these pornographic sites, out of curiosity. And they might end up taking steps, at an early age that can harm them and society. Proper sex education helps them to find out the difference between the wrong and the right.

2)It is considered to be safe sex and helps to normalize desires.

3)It can give a sense of physical satisfaction and therefore, there can be a significant decrease in the number of sex offences.

1)Addiction to pornography can lead to an increase in sexual offences.

2)It also encourages violations against women and women rights.

For that, proper sex education must be provided, especially to the youth, at an early age. School books should have the proper information for the children, so that they don’t get misguided, and thereby reducing the risks of future offences. Love is a beautiful emotion and physical involvement is just its expression. It should not be mistaken with just sex.

Reading this article on Should Pornography be Banned in India? Write your thoughts in the comment section below

All about Chetana's PGDM MMS Admissions 2020 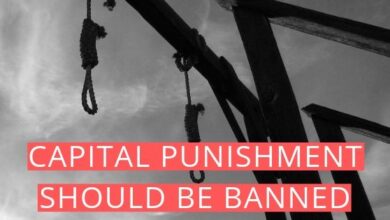